Want to stay ahead of the next Google core update so it doesn't hurt your Google Ranking?

Some time ago, I worked for a man…

And boy, he owned a whole bunch.

They ranged from car dealerships to gymnasiums to radio stations. Though they didn’t have a damn thing in common with regard to the worlds they roamed, there was one commonality they shared…

Advantage, Albany, Adirondack, etc. They all had names that began with the letter A.

His reason — he wanted them to be the first name listed in the phone book in each of their respective categories.

Clever. It was clever.

And boy, those were the days.

How  do you know your business is a success? The name of your company becomes a verb.

Google, as of April of 2019, has a 92% share of the search engine market. This covers all platforms.

Yet still, Google performed updates to their algorithms 3200 times in 2018!

We’ll dive a little bit deeper into that in a bit, but I want you to fully grasp what I just said there — Google performed 3200 friggen updates in one year. That’s 8.8 times a day. It’s a struggle to name anything I do 8.8 times a day.

But there they are, the Sultans of Silicon Valley, stating to any and all who dare challenge…

Then Google did something unGoogly. (Okay, so clearly it’s not an adverb.)

On August 1st, 2019, Google released a blog entitled, “What webmasters should know about Google’s core updates.”

This didn’t surprise people — it shocked them.

Because Google answered the question: How do you maintain or grow your Google Ranking after a core update?

This is the first in a series of blogs about how you, your company, or your client can rank higher in Google, as explained by Google.

I’m going to go over Google algorithm core updates. Googles answer to surviving a core update. And how your website may even prosper after all is said and done.

Most importantly, what does this mean for you.

Because, you know, it’s all about you now isn’t it?

What is an algorithm?

My girlfriend is wonderful, and God love her, she listens to my stories. She could point out how a cloud looks like a waterfall and I would respond by telling her about the time my sump pump jammed up creating a waterfall in my backyard.

What does this have to do with anything? Because I can’t for the life of me remember if I told you the story about this former client of mine. Let’s pretend I didn’t.

This guy was a roofer who wanted to advertise on the radio stations I represented. I explained the world of radio and educated him on primetime radio. Morning and afternoon drive.

I didn’t want him as a client. I knew three minutes in he was going to be a royal pain in the ass. Even though I didn’t articulate that, the mustaches over my eyes surely revealed my apprehension.

“Listen Keith, if I don’t advertise with you, I will with somebody else. And I’d much rather give my money to you!”

Short story long, he called me everyday telling me his ads were wasted if they didn’t play in the times I just educated him about only two days prior.

Moral of the story which should be edited from this blog is: Hopefully the same will be said of you after reading these posts. But to do that, we need to start at the basics. Yes, I’m alluding to the section title.

An algorithm, simply put, is a rule or a set of rules.

Rules for solving a problem in a finite number of steps.  As it pertains to a computer, an algorithm helps the computer perform a specific task. Same is to be said about a Google algorithm. You type “t-shirts with cats” into the search bar, it’s algorithm goes to work and boom!  You receive millions of results. You gave it a task and it gave you the results from said task. 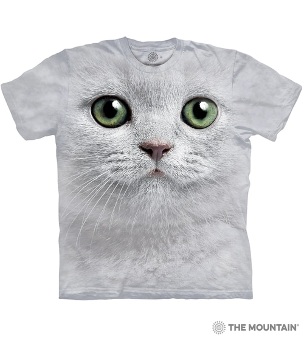 How can you determine where you will show up in the Google search result?

It ain’t by naming your company A-Ok Insurance, I’ll tell you that much.

Because, while your site may be on the first page of Google today, it’s an update, or more specifically a core update away from being somewhere else.

What is a Google core update?

No, they aren’t the code names to an elite group of mischiefs in a sick 80’s action flick starring Chuck Norris and Lorenzo Lamas called “The Retaliators.” 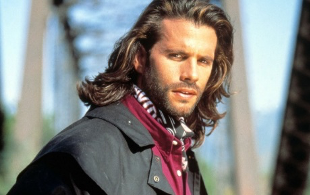 They’re some of the names of Google core updates. Core updates are changes to the algorithm. Or better yet, a change to the rule.  It changes how Google assesses content and then tweaks its results based off of this change.

Panda targeted companies that provided thin content in an effort to rank higher in search queries. (More on this in a bit)

And Medic targeted the medical, health, fitness, and wellness industries.

Despite the fact all of these updates had different intentions, they all achieved the same response from business owners and digital marketers…

“Any time Google releases a new update, yet alone a core update, everyone generally goes into panic mode. We either see changes go into affect immediately on ours and our client’s sites or we’re left twiddling our thumbs as we wait to see if anything is going to happen.”

Am I the only one who thinks of Sisyphus when I read something like this?  Picturing an SEO, a marketing director, a small business owner pushing a boulder up the hills of Google, only to have it roll back down after a core update?

This is only speculation on my part, but I think after this last update Google got hit with significant blow-back causing them to respond.

What Webmasters should know about Google’s Core Updates

Let’s get something clear, Google doesn’t do this. It actually started a few months earlier on June 2nd, 2019  when they did something the never do — they let people know ( a whole 24 hours) that they were launching a core update to their ranking algorithm.

Two months later they’re sending out a blog that, in my opinion, comes across as a little sensitive. I get it, it’s 2019, sensitivity is in. However, they’re a tad touchy. Snarky even.

But then they did something no one saw coming, they gave an answer to the question of…

Who does Google’s algorithms reward with higher search rankings?

And the answer was…

End of part one.

If you feel your website is in need of a jumpstart, which does effect your Google ranking, contact Jon at JEG DESIGN INC today.

Written by Keith Hannigan. Keith is a freelance writer with over a decade of experience in marketing and advertising. He’s written for a variety of industries from farming to web design. To contact Keith, email him at [email protected] or find him on LinkedIn.

Image by Darwin Laganzon from Pixabay

5 Critical Tips On How to Be an Efficient Remote Worker
5 Tips On How To Develop a Work-Life Balance
Is Emotional Intelligence a business game changer?

Some dope sticker designs created from a very faint, only pencil drawing for a good buddy of mine! DJ DIRTY D!nnPrinted by Sticker Mule!"
Untitled Document